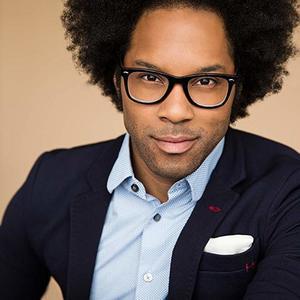 Born in Brooklyn, NY, Johnathan is an actor and comedian splitting time between Los Angeles and New York City. He is is famous for his litany of roles across TV, including as Scorsese on the FOX action series Lethal Weapon. He has also guest starred across several UCB Original comedic sketches, and as Flamien Flirst on the TruTV series Adam Ruins Everything. He has guest starred on the TV series Bull and Girls. He appeared on the late night comedy show @midnight as himself in 2016. In addition to his role on Lethal Weapon, Johnathan Fernandez recently guest-starred on "Bull" and "Adam Ruins Everything." He also has become a regular panelist on "@midnight." Prior to Lethal Weapon, he appeared on "Younger" and "Girls."

The son of a Colombian mother and Honduran father, Fernandez was born in Brooklyn, New York. When he was 7, his family moved to the Poconos in Pennsylvania and he went to Penn State, where he majored in telecommunications, minored in film and began doing comedy. He began doing comedy at the Penn State University where he majored in Telecommunications and minored in Film. After graduation, he returned to New York City, began working in television production and studied improvisational comedy and sketch at the Upright Citizens Brigade Theatre. On that Chelsea stage, he honed his comedic voice and performed with many house teams. He can be seen at UCB regularly on a house sketch team. He then launched his professional career, performing comedy and regularly appearing on late night shows such as "The Colbert Report," "Late Night with Jimmy Fallon," "The Daily Show" and "Last Week Tonight With John Oliver." Fernandez is a huge fan of international soccer, plays a ton of video games, and also has an innate sense for style and men's fashion. He resides with his wife in Los Angeles.

Johnathan is also a proud member of the Homes4Families organization.